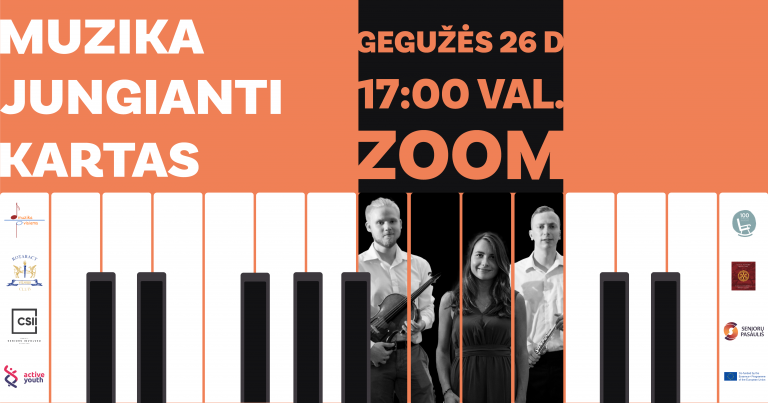 One of our project’s “Community Senior Involved International” main goals is to organize activities that would connect generations. These activities would involve both seniors and youth, which would encourage the exchange of their life experiences, learn from each other, and reduce the gap between young and mature people.

One of such unifying activities was the virtual concert “Muzika jungianti kartas” that took place on May 26. Our association “Active Youth” as well as the organization “Senjorų pasaulis”, “Vilniaus Rotaract klubas” and “Muzika visiems” contributed to the organization and implementation of the event.

“Muzika jungianti kartas” is one of the parts of the festival “Young Spirit”. This event had to be held live with local music bands, dance classes for the seniors and the youth, inspirational talks about aging and the dissemination of the project. But most importantly, the live version of the festival “Young Spirit” had to show the society that seniors are willing and able to participate in such events.

The festival “Young Spirit” had to take place this summer. As can be seen, unfortunately, due to the epidemiological situation, the live festival could not take place, so the essential parts of it, including the concert “Muzika jungianti kartas”, had to be moved to the virtual space.

Youth researchers conference “Connections: What Can We Do Together?