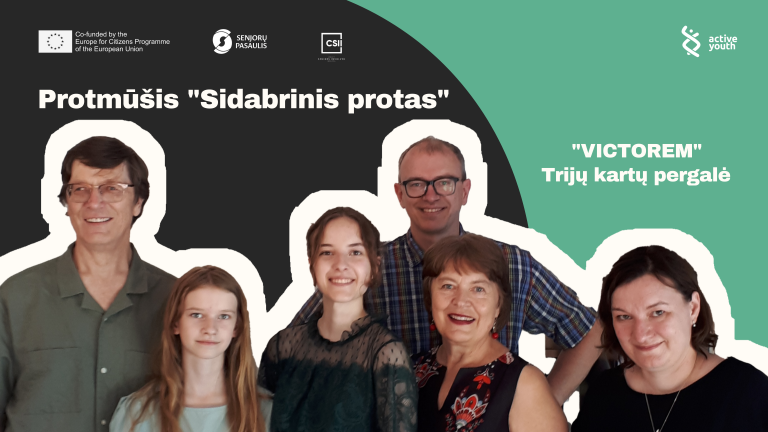 Last Tuesday, June 22, our organization, together with “Senjorų pasaulis”, invited everyone – little and big ones, seniors and youth, grandparents and their grandchildren – to join the mind battle “Sidabrinis protas”.

As our entire “Community Seniors Involved International” (CSII) project, this event sought to involve different generations in a joint, inclusive activity. The battle perfectly reflected the goal of the entire CSII project to encourage communication between different generations, exchange their life experiences, and not be afraid of learning from each other.

Due to some quarantine restrictions, “Sidabrinis protas” took place on the “Zoom” platform. Eight teams of different generations competed with each other – grandparents with their grandchildren, parents with children, friends and partners.

The tense fight between the teams lasted until late evening, but the end was not easy. Three teams – “Nežiniukai”, “Victorem” and “Vakarinė saulės laida” – scored the same number of points, so they had to face each other and answer one additional question.

The answer had to be given not in a usual way – writing, but orally, as it is often said in Lithuania – the faster, the wiser. The three-generation team “Victorem”, whose name even predicted success in the game, became the fastest and the wisest ones that night of the battle. 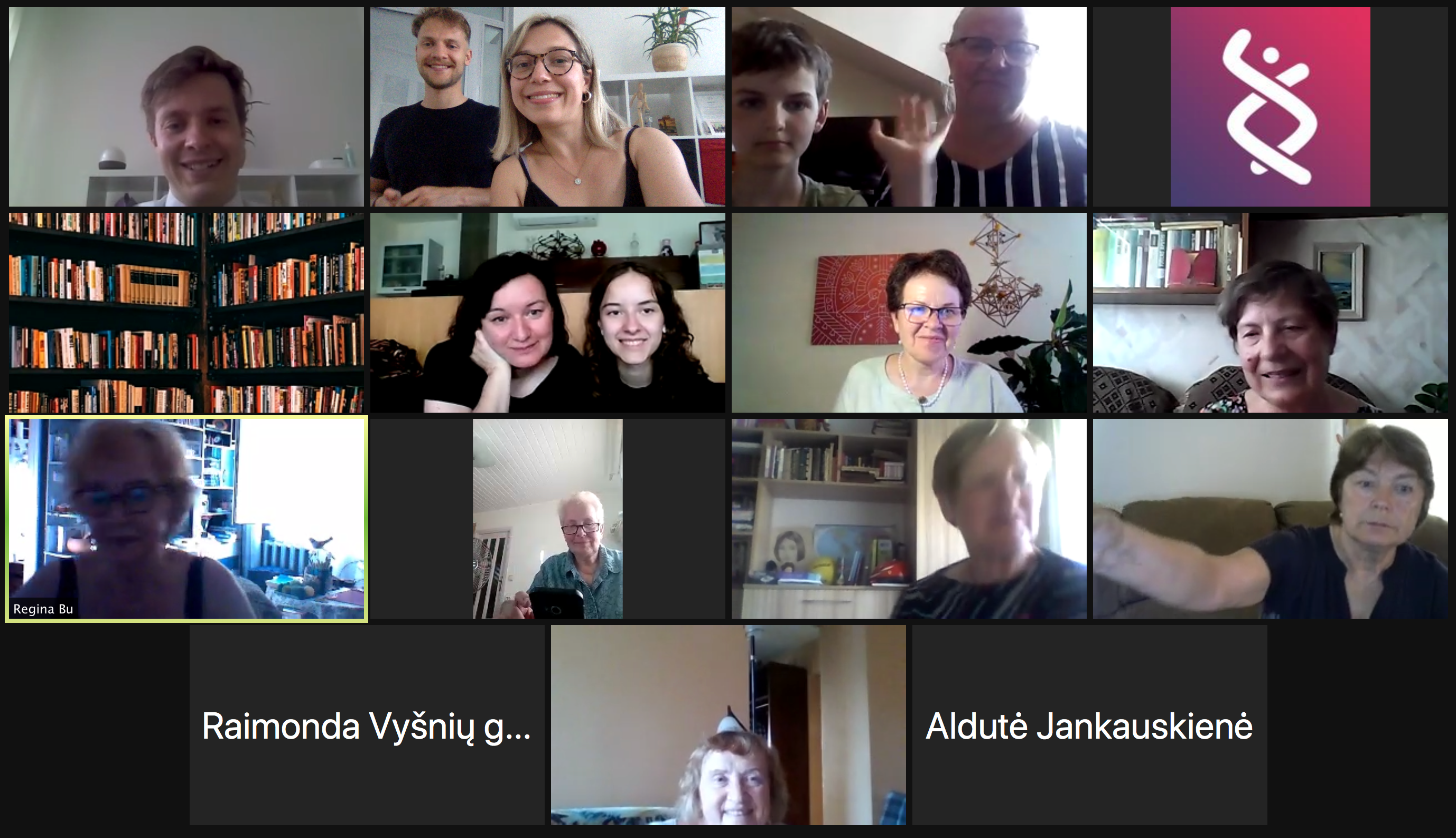 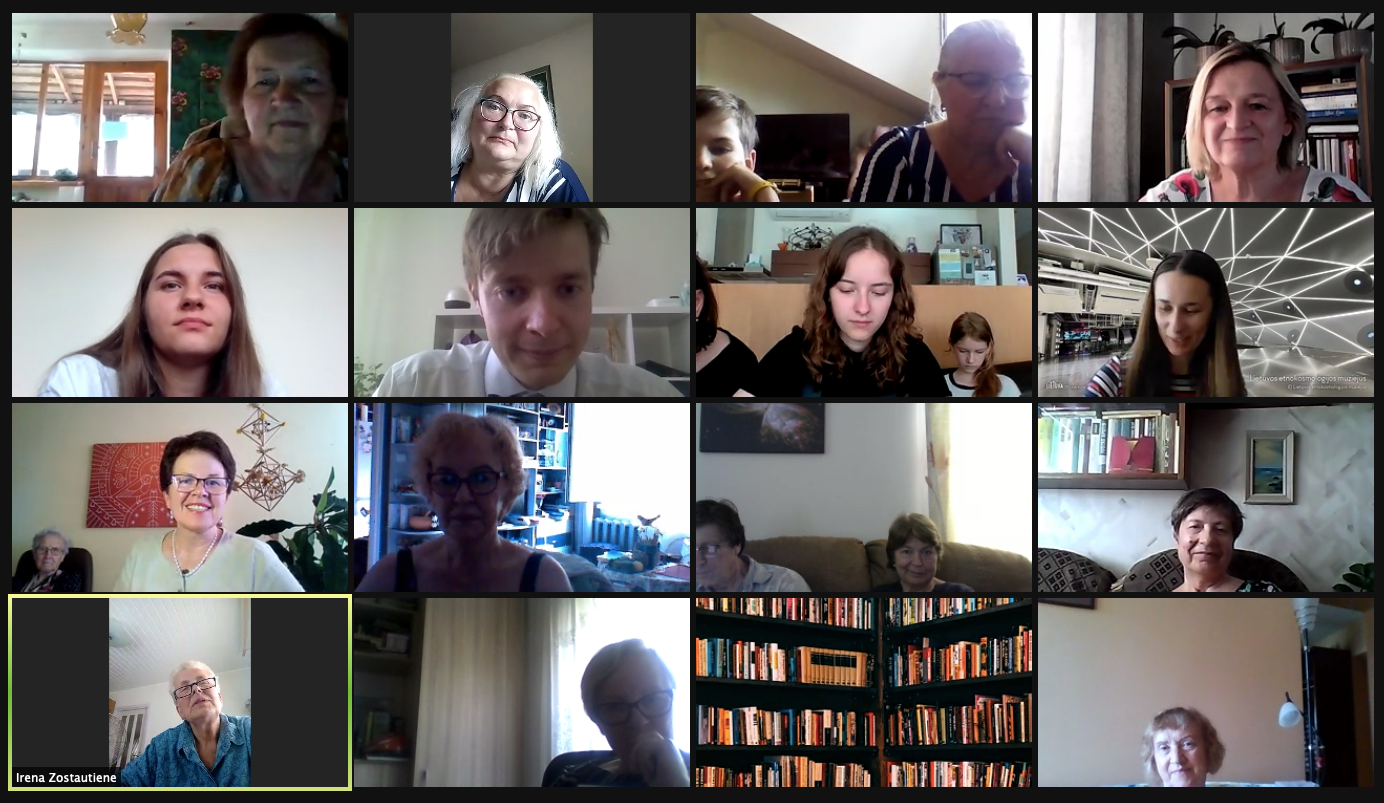 The winners received the event’s main prize – a gift voucher from the bookstore “Pegasas”. So that the second-place winners “Nežiniukai”, which consisted of only two members, grandson Emiliukas and his grandmother, would not be very disappointed, organization “Senjorų pasaulis” surprised them by presenting the book “Fizikos terminų žodynas”.

“Sidabrinis protas” is one of the parts of the festival “Young Spirit” which had to show the society that seniors are willing and able to participate in such events.

The festival “Young Spirit” had to take place this summer. As can be seen, unfortunately, due to the epidemiological situation, the live festival could not take place, so the essential parts of it, including “Sidabrinis protas”, had to be moved to the virtual space.

Lindy Hop – the dance that united people for decades